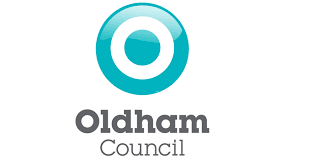 In 2009 Oldham Council embarked on a significant improvement plan for transforming the Authority. ‘Trust Oldham’ was the overarching change programme which we developed in partnership with the council. TDP provided 1:1 coaching and professional development interventions for both the leader of Oldham Council and his cabinet and the opposition leader and his cabinet to support them in their role of transforming the council.

Trust Oldham was a central element for this improvement and efficiency programme and its aims were to define and deliver a new way of working which would develop leadership capability, connect with people, build trust and energise employees, boost performance - creating a ‘One Council’ approach. A key element of this programme was working with the elected cabinet and shadow cabinet to build understanding around the role of the elected politician in transforming workplace culture.
Some services provided by the Council were high performing and had a positive reputation with citizens. Trust Oldham was a strengths-based programme which built on such existing good practice across the Council. However, it is also true that some services were underperforming and the corporate infrastructure and discipline across the Council had been significantly under-developed.

The culture across the organisation was not in line with the Council’s ambitions. TDP engaged with 120 staff in “Our Future Today” events, together with almost 200 leaders and all elected members. Together, these processes plotted both the current culture and desired future culture of the Council. The desired culture was used to shape and inform the Council’s core values and behaviours.

The Trust Oldham programme was also incorporated within ongoing elected member induction and development work. This formed a core strand of the Member Development Programme. In addition, an annual learning event is held for all elected members to look at the implications of Trust Oldham for their role and ways of working.

Trust Oldham was a significant contributor to Oldham Council moving from a failing Council to being awarded ‘Most Improved Council’ in 2012. The Local Government Association independent review highlighted Oldham Council’s ‘remarkable transformation’ into ‘an ambitious effective council’.